Lantmännen opens the most modern seed factory in Europe

ThermoSeed™ production has started in Eslöv, Sweden. The Eslöv Lantmännen Lantbruk factory is the most modern seed production facility in Europe. The factory is playing a key role in the industrial breakthrough for the ThermoSeed technique, a fruit of Swedish research. The Thermoseed technique helps reduce the use of chemical pesticides and is suitable for both organic and conventional farming. The Eslöv factory was officially opened 2015-01-15 by Sweden’s Minister for Rural Affairs, Sven-Erik Bucht. 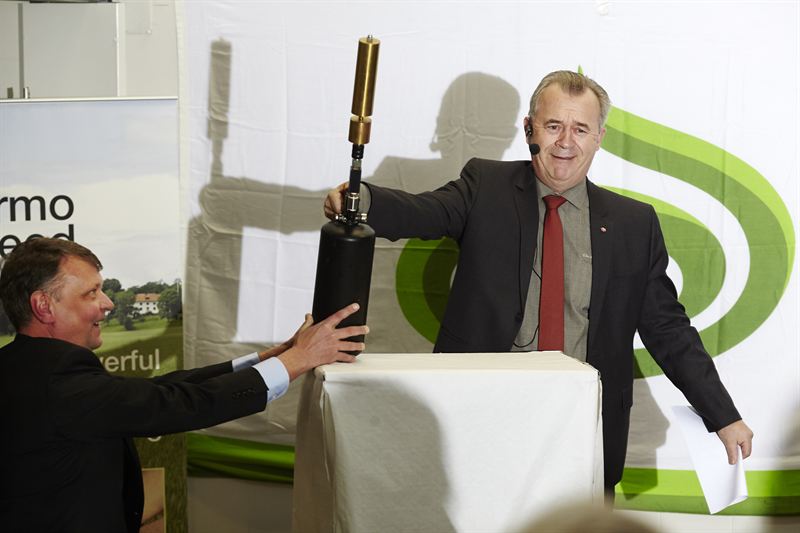 Lantmännen yearly invests SEK 300 million in research and development. A major research focus is biological plant protection, of which ThermoSeed is a shining example. Lantmännen’s existing seed factory in Eslöv has been expanded to enable ThermoSeed production. The investment means more customers can be offered ThermoSeed treated seeds.

“Our research and development department played an important role in the Swedish invention of ThermoSeed. By pursuing development close to customers, we now have the capacity in south Sweden to disinfect seeds without additives via this patented process. ThermoSeed has initially been produced in Skara in west central Sweden, but this state-of-the-art facility in Eslöv means we can now help Swedish and international agriculture reduce the use of chemical pesticides,” says Johan Andersson, Head of the Agriculture Sector at Lantmännen. 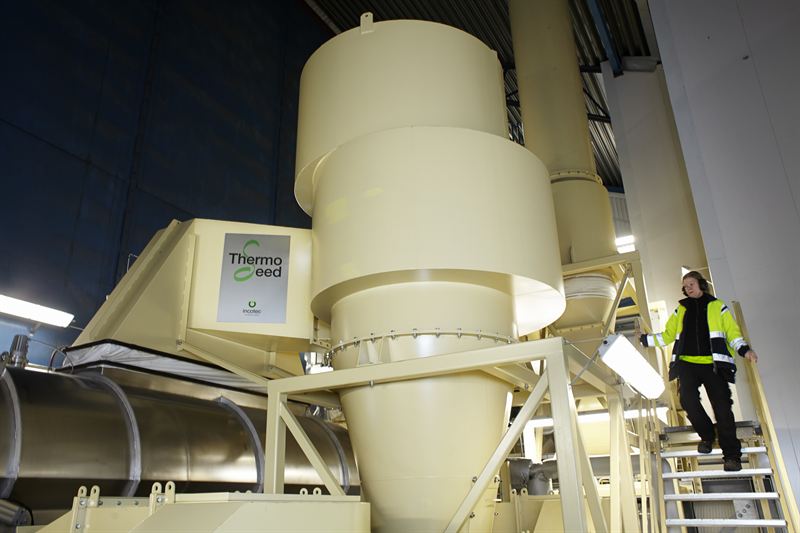 The EU recently adopted an Integrated Pest Management (IPM) directive on chemicals in agricultural production. This basically means that the use of plant protection measures must be justifiable, which favours the use of chemical-free ThermoSeed technique. Lantmännen’s investment in ThermoSeed production can lead to increased exports for Swedish agriculture. ThermoSeed treatment is suitable for both organic and conventional cultivation. Being able to demonstrate a reduction in the use of chemical agents is of great value to consumers in the entire chain from field to fork and fully in line with Lantmännen’s strategy.

“The new facility in Eslöv means ThermoSeed can now be produced on a more industrial scale. Its high effectiveness makes ThermoSeed competitive with chemical treatment. Another significant benefit with ThermoSeed is that the work environment for everyone involved in seed cultivation is much better, as they no longer have to come in contact with chemicals,” adds Andersson.

ThermoSeed is a unique innovative treatment for effective control of seed-borne pathogens by the use of hot humid air. It provides sound and healthy seeds with optimum germination and crop yield. The patented process was developed in Uppsala, Sweden, in cooperation between Lantmännen and the Swedish University of Agricultural Sciences (SLU). Lantmännen Bioagri AB is responsible for the ThermoSeed technology in the Baltic Sea region. Further development and international marketing outside the Baltic Sea Region is handled by the Dutch company Incotec.

“We are very proud of that Lantmännen invest in a second ThermoSeed plant and at same time we notice an expanding international interest of ThermoSeed” says Kenneth Alness MD Lantmännen Bioagri AB.