In 2014 at least 60 percent of the soy that is used and/or sold by the companies in the Swedish Soy Dialogue network must be responsibly produced, while in 2015 this figure will increase to 100%. These figures have been guaranteed by 27 Swedish food companies and organisations, which have entered into a voluntary agreement to make sure that soy used in the production of food sold in Sweden is produced in a socially and environmentally responsible manner.

This voluntary network includes a wide range of stakeholders, including trade organisations, the feed industry, food producers and retail chains. The companies want to make sure that the products that Swedish consumers buy have been produced using certified soy, irrespective of whether they are from Sweden or have been imported. Each company takes responsibility for what they can influence in their own supplier chain. Certified soy refers to physically certified soy and the purchase of soy certificates, as they both contribute to responsible soy production.

“The feed products from Lantmännen that contain soy form part of the production chain for many different Swedish animal food products. When consumers choose these products, or products from the other companies in the agreement, they can rest assured that the soy needed for the products was produced in a responsible way,” says Johan Andersson, Head of Sector at Lantmännen Lantbruk. 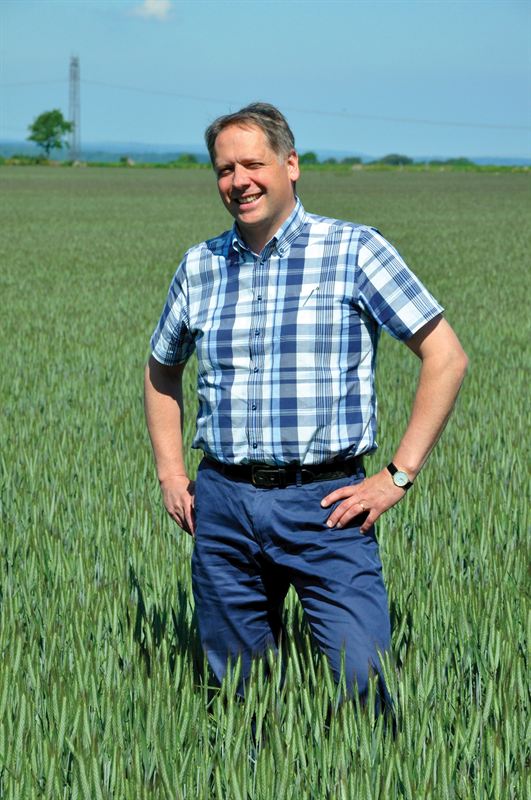 Over the past 50 years global soy production has increased from 27 million tons to more than 269 million tons. Soy flour is often found in feed as it contains high-value protein and essential amino acids that are vital for the well-being of animals.

“We think that this is an important first step in reducing the negative impact on nature, animals and people where soy is produced. We hope that other companies are going to follow suit and set requirements for the production of soy,” says Peter Westman, Head of Conservation at the World Wide Fund for Nature WWF.

By only producing and/or selling products with certified soy, these companies want to help prevent the loss of biodiversity, the irresponsible use of toxic pesticides, the exploitation of land belonging to local populations or indigenous populations, and promote safe and good working conditions on soy plantations. Setting requirements for certified soy ensures that it is produced without exploiting unique natural areas, including the Atlantic Forest, Cerrado, Chaco and Amazonas.

The following are members of the Soy Dialogue for responsibly produced soy:

Federation of Swedish Farmers
Helena Jonsson, Chair of the Federation