Stable profit for Lantmännen in the first third of 2013

Lantmännen’s profit for the first third of 2013, after net financial items and adjusted for items affecting comparability, is at roughly the same level as last year: MSEK 15, compared with MSEK 27 for the same period in 2012. The cost of the continued restructuring of the Food Sector and the Swedish agriculture operations, which has not been reported under items affecting comparability, affected the profit figure for 2013 by approximately MSEK 26. 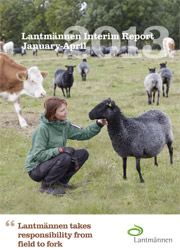 “Our cost cutting work and our efficiency measures have partly offset the effects of the weak development in our markets, but there is still a lot for us to do,” says Per Olof Nyman, Group President and CEO of Lantmännen.

The Agriculture Sector reported a loss of MSEK 15 for the first third (compared with a profit of MSEK 47 last year). This loss was partly due to a delay in sales for spring cultivation following the long winter, which increased the pressure on prices in some areas. The sector’s international operations also reported lower income than last year. A new sales organization was set up for the sector’s Swedish operations in this third. Restructuring costs affected the income for this period by approximately MSEK 12.

The Machinery Sector reported a profit of MSEK 2 (MSEK 13) for the first third. The caution that remained in the machinery market, and the long winter, were the reasons why the profit for the sector was down compared with the same period last year. Work on the action programme for Lantmännen Maskin’s Swedish operations continued as planned, and several measures were started in the period.

The Energy Sector reported a much better result for this third: a loss of MSEK 22 (compared with a loss of MSEK 71). This improvement was mostly due to a better price relationship between ethanol and grain, combined with further improvements in production efficiency at the ethanol plant in Norrköping. However, the sector is still running at a loss and the market remains very volatile: a decision was taken in April to stop production at the smaller of the two production lines. Lantmännen Agroenergi reported a considerable improvement in its results compared with last year.

The profit for the Food Sector in the first third was on a par with last year: MSEK 89 (MSEK 99). The sector continued to face tough price competition, with more focus on low-price products. The action programme in Cerealia continued to produce the results that had been expected, while Unibake started a major structural and efficiency programme to optimise its operations. The cost of the structural programme affected the profit for the period by approximately MSEK 14. Two major deals were decided in this sector: firstly, Cerealia sold its mill in Riga; and secondly, Lantmännen and the UK investment company CapVest decided to create a leading company in the Scandinavian chicken market. 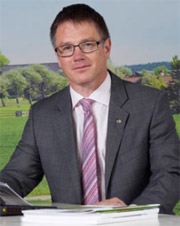 “Selling Kronfågel to this new company has enabled us to reap the rewards of the value we had built up in Kronfågel while we were the owner. It also gives us a platform to create even more value in the chicken market throughout Scandinavia, which we can benefit from as we are a major joint owner in this new company,” says Per Olof Nyman.

The profit for Lantmännen’s real estate operations was reported for the first time this third. In recent years Lantmännen Real Estate has transformed from being an internal service function to running commercial operations, responsible for its own financial results. Its profit for this third, excluding property sales, amounted to MSEK 43 (MSEK 39).

“Our market and the current climate mean that we need to develop if we are going to be successful – and we need to create value in Lantmännen, even though there is low or no growth in the market. We are now clearly focused on what we have to do and we have already seen results in several different areas – but there are still many improvements that we have to make,” concludes Per Olof Nyman.

If you have any questions, please contact:
Per Olof Nyman, Group President and CEO, per.olof.nyman@lantmannen.com
Ulf Zenk, CFO, ulf.zenk@lantmannen.com